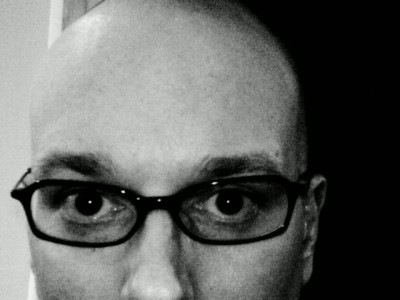 Mac Tonnies appeared once before on Radio Misterioso on May 21st of 2006 when he and Paul Kimball were in Los Angeles to shoot segments for Kimball’s documentary Best Evidence: The Top 10 UFO Cases. Mac came on for a solo appearance on July 26th to update us on his recent projects.

His eagerly awaited book on the cryptoterrestrial hypothesis (due to be completed in November) will turn the UFO world on its ear by suggesting that the source of the phenomenon may be a non- or quasi-homo sapiens race that has been inhabiting the planet alongside us for millenia. Mac discussed his work on the book and read extended excerpts in an exclusive for the show.

We also discussed other alternatives to the extraterrestrial hypothesis and our human ideas about how another intellegence would appear to us and perhaps try to communicate. This led to a discussion about “asemic” writing and its relationship to so-called “alien writing,” which brought up the controversial CARET documents and the claim that the strange symbols on supposed UFO components were an integral component of their operating system. In other words, the symbols “booted up” the devices that they were printed on.

Mac suggested that UFO sightings are the visible incursion into our universe of intelligences that inhabit an existence of pure information–what I call the “symbolic realm”–a non-space and time bound dimension. This would explain the strange nature of many encounters and our seemingly futile efforts to comprehend them.

We also talked about influences on Mac’s theories, which include the works of John Keel, Jacques Vallee and William Burroughs.

In the last half hour, we took questions from the audience sent in by email, facebook and twitter.

This entry was posted in Fortean, Government, Intelligence and tagged Mac Tonnies. Bookmark the permalink.